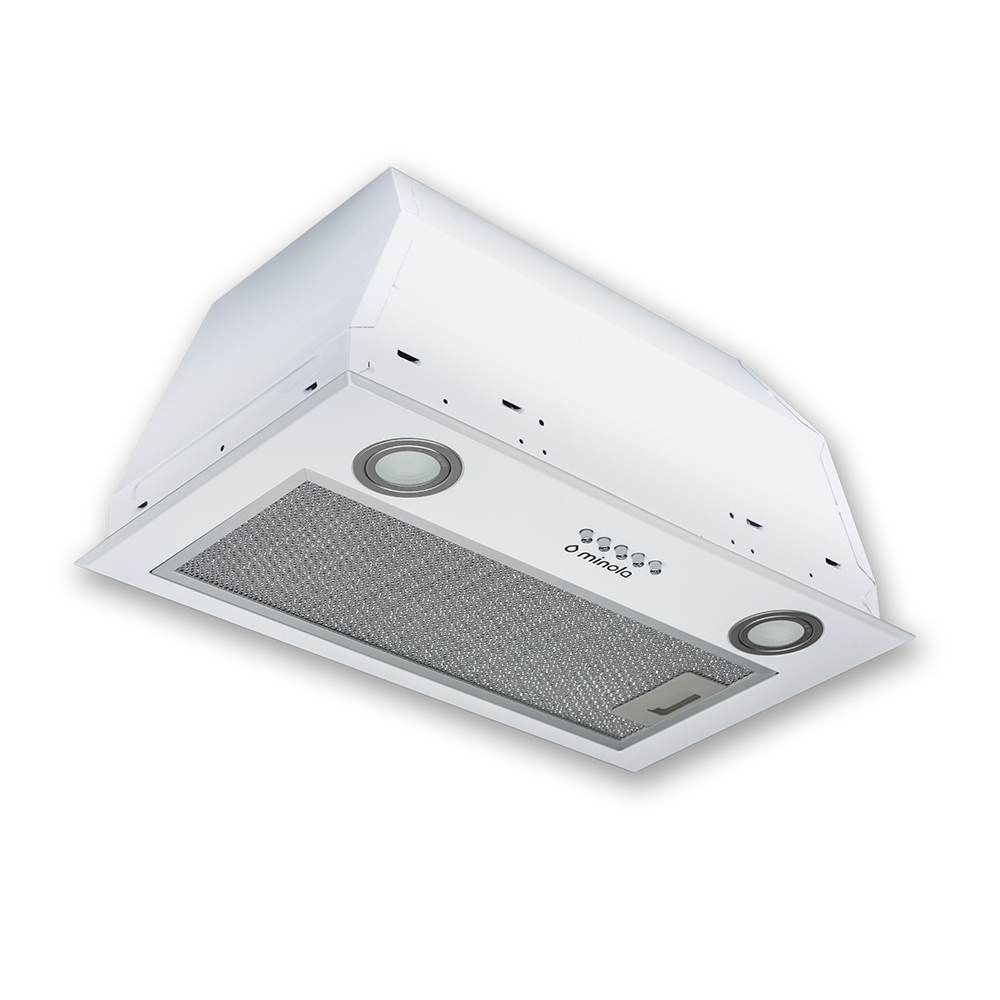 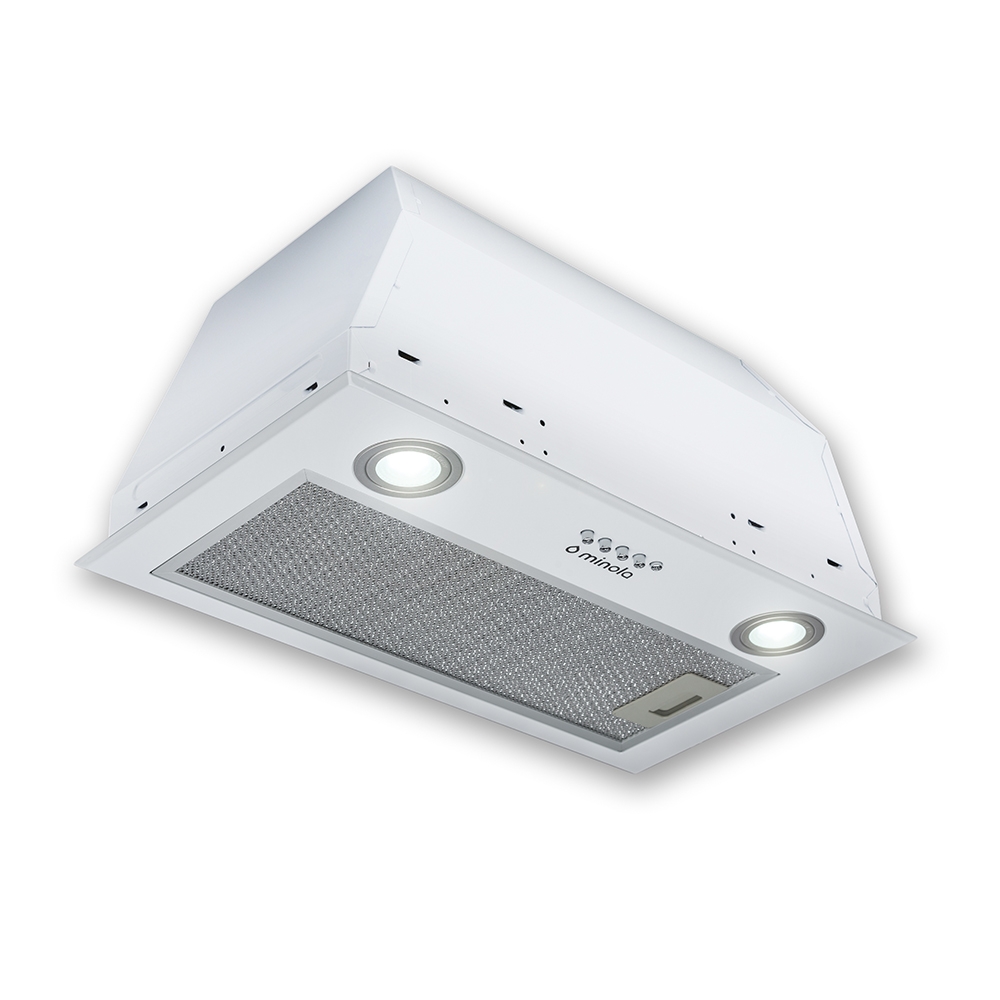 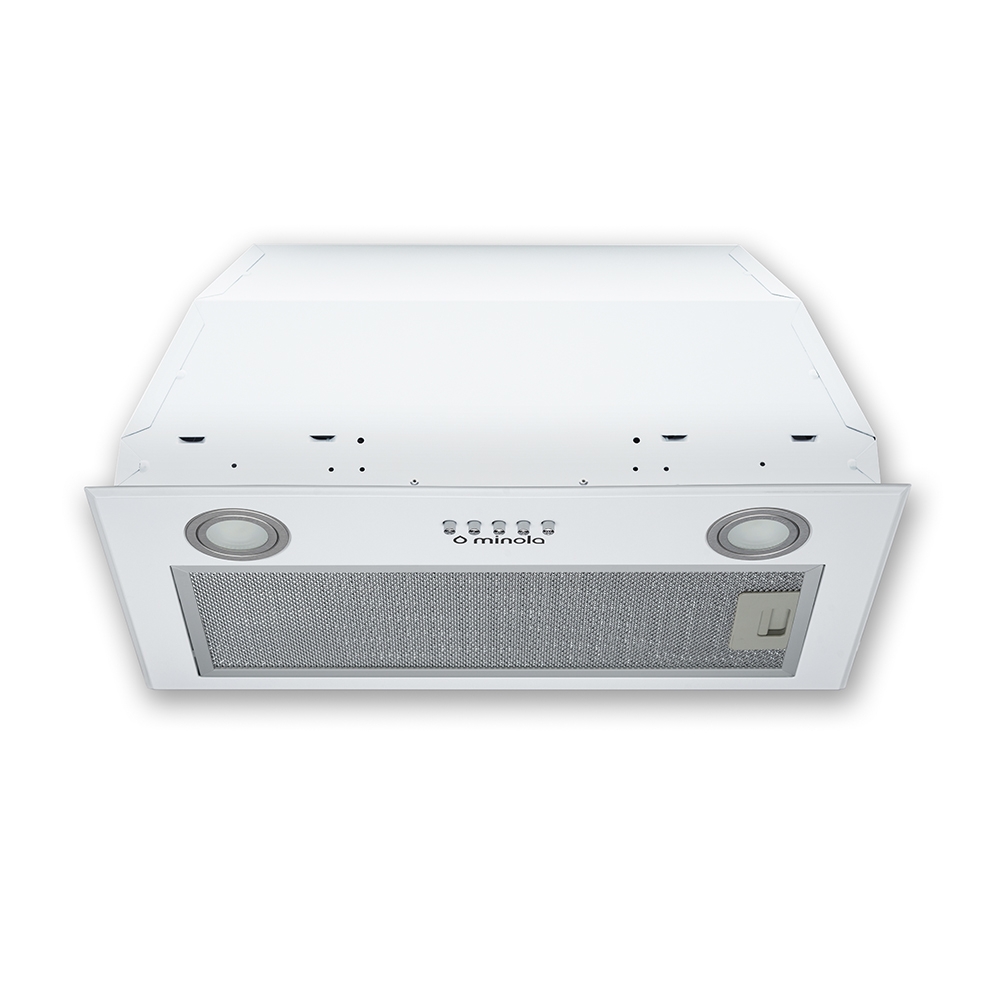 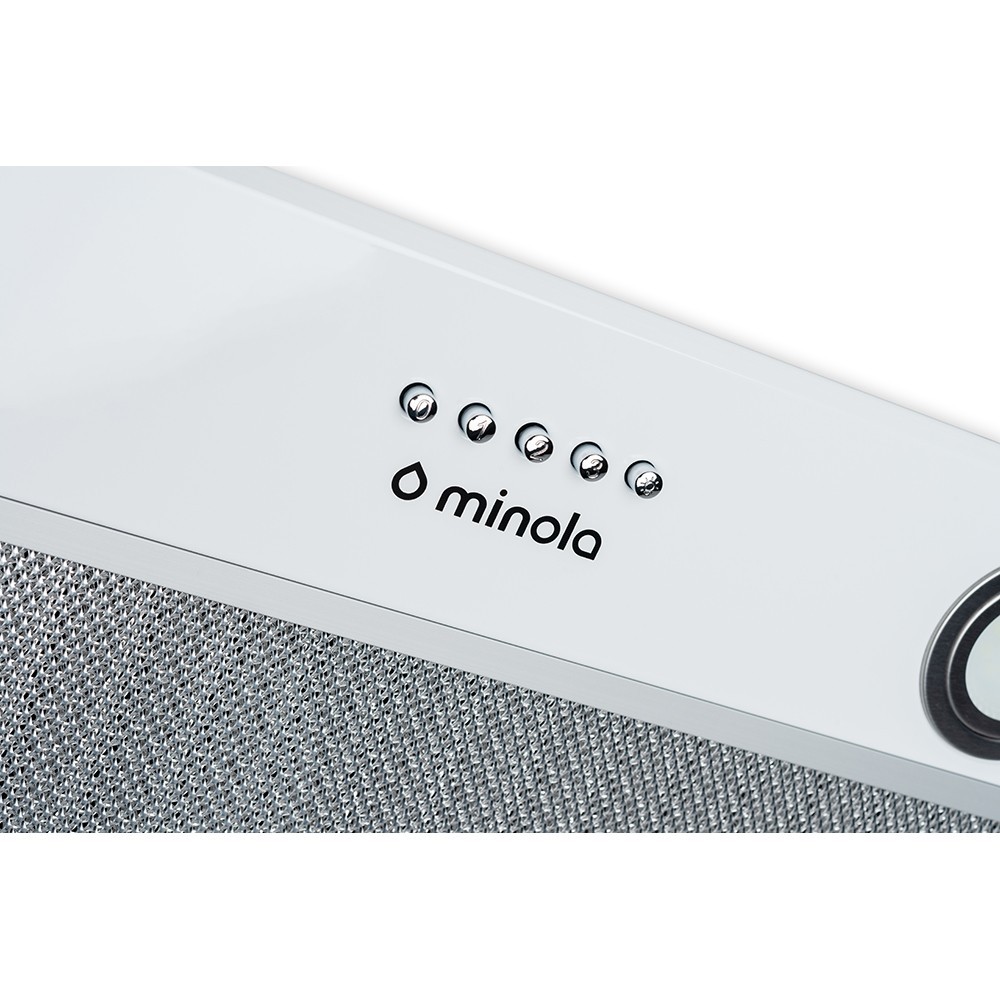 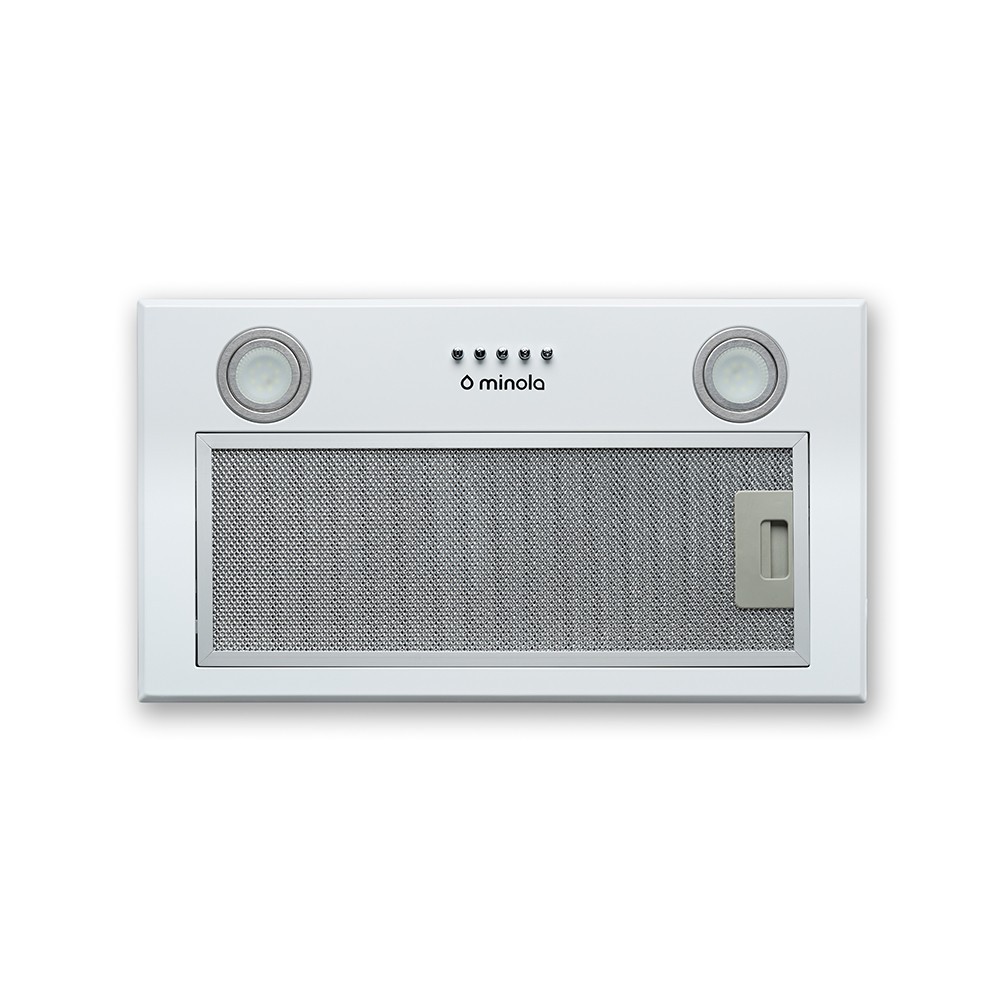 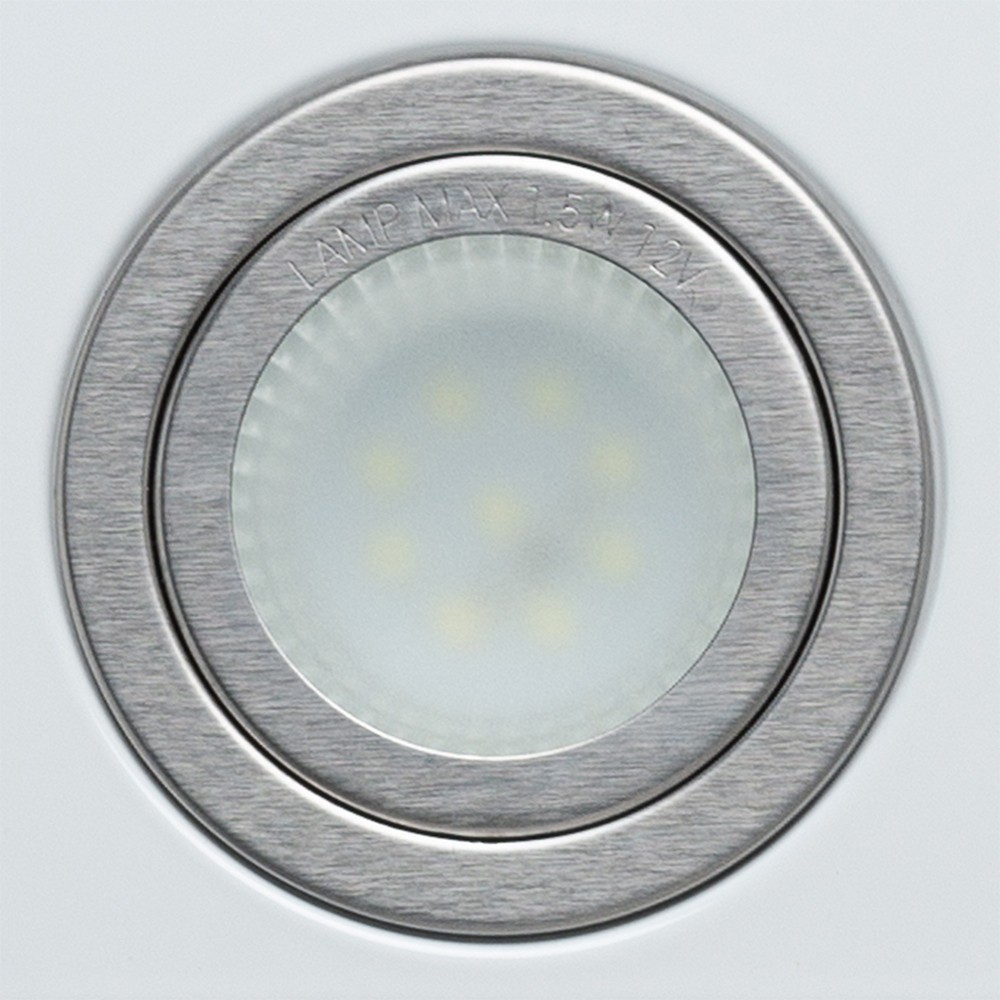 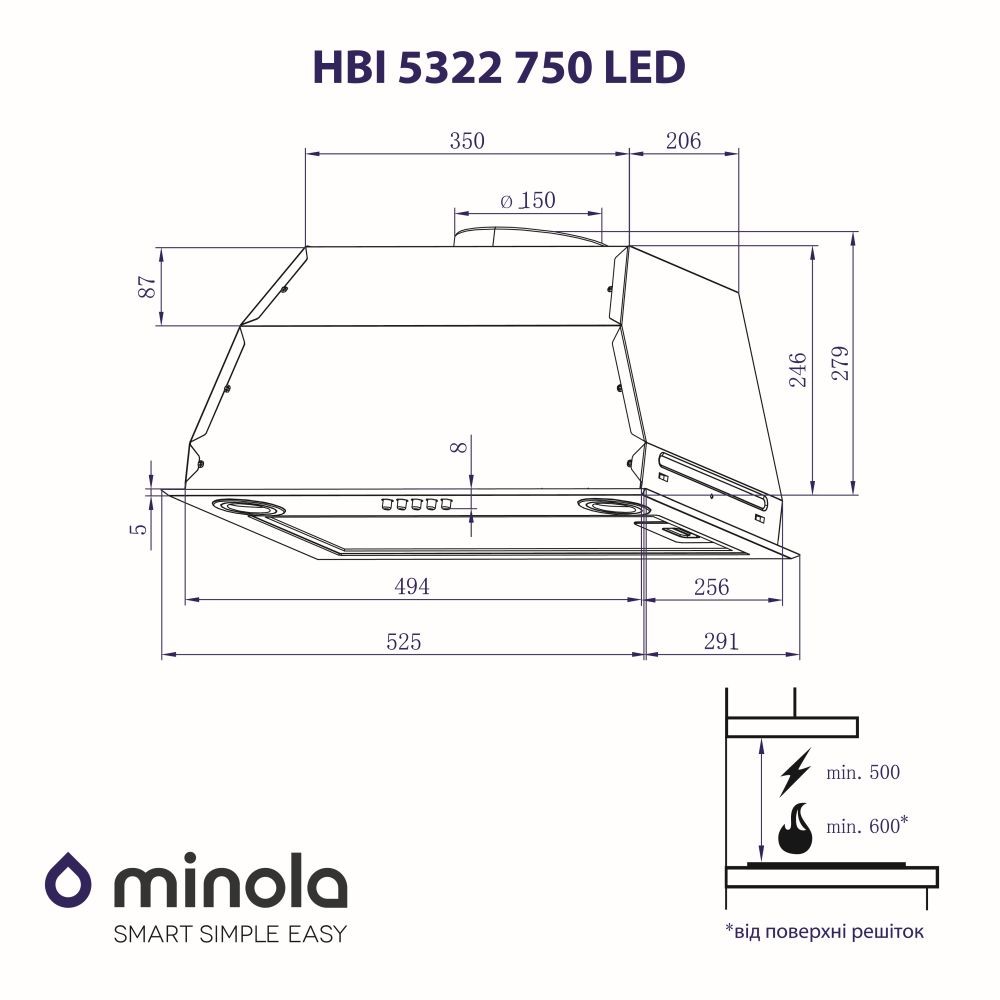 Minola HBI 5322 750 LED fully recessed cooker hood is equipped with one 120 W motor. The maximum productivity of the appliance in the air extraction mode is 750 m³ / hour, which effectively removes vapors, unwanted odors and soot generated during cooking.

The Minola HBI 5322 750 LED cooker hood is equipped with one protective aluminum grease filter. The hood filter is made of several layers of aluminum mesh, which provides reliable protection of the engine and other parts of the device from grease and dirt. The aluminum filter should be cleaned every 2-3 months by hand in soapy water or in a dishwasher. When washed in a dishwasher, the filter may discolor a little, but its filtering performance remains absolutely unchanged.

The fully recessed kitchen hood Minola HBI 5322 750 LED is equipped with two round LED lamps, 1.5 W each. LED lamps provide comfortable additional lighting for your kitchen surface, while being the most economical light source.

The Minola HBI 5322 750 LED hood has 3 operating speeds, the choice of which affects the performance of the device. The first speed of the hood is used at a low evaporation rate, the noise level of the device is 59 dB, which is considered a comfortable value in the daytime. The third operating speed is used when there is a high concentration of vapors that are generated during cooking.

Dimensions in the package (WxHxD), cm